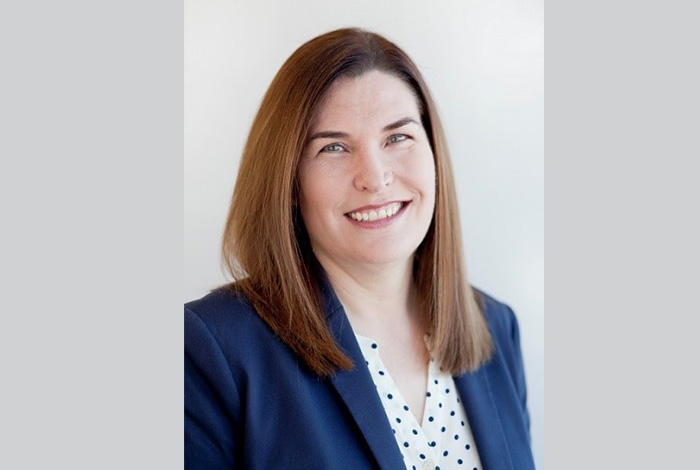 Centene honors those who serve and protect the U.S., including our more than 1,500 employees who identify as veterans. Transitioning service members, veterans, disabled veterans, and military family members bring valuable skills to our organization, including teamwork, leadership, and advancement of Centene’s purpose. In addition to our employees, Centene also serves nearly 29 million beneficiaries through TRICARE, including active duty service members, veterans, members of the National Guard and Reserve, and their loved ones.

Learn more from U.S. Navy veteran and Centene leader, Suzy DePrizio, Centene’s Senior Vice President and Chief Marketing Officer. A veteran with 10 years of experience in the U.S. Navy, Ms. DePrizio shares perspectives from her military and corporate career, the significance of Veterans Day, and how to be effective allies to veterans and current members of the Armed Forces.

Q. Tell us about your background and your current role at Centene?

A. I’m five months into my role at Centene as Chief Marketing Officer. Prior to Centene, I worked for two other organizations — the U.S. Navy for nearly 10 years and then Johnson & Johnson for 17 years. At Johnson & Johnson, I worked in marketing in their Consumer Healthcare business, including four years in Canada, which I loved. Military service runs through my family. My father, two sisters, and two brothers (I have seven siblings) served in the military, and my husband served for 21 years as a U.S. Navy officer in the submarine force. My experience as a military spouse gave me tremendous respect and admiration for the sacrifices made by military family members and the critically important role they play in supporting service members. 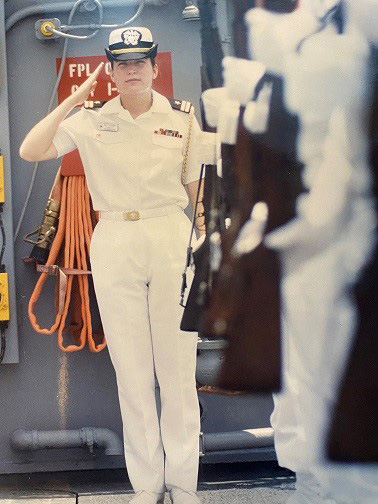 Q. How have your years of service in the U.S. Navy influenced your corporate career?

A. My Navy experience really shaped who I am as a leader. People often think that leadership in the military is simply based on rank. But, nothing could be farther from the truth. Yes, there is a chain of command. However, really successful military leaders don’t rely on rank. Instead, they cultivate collaboration, teamwork, and followership. In my first assignment in Japan, I was responsible for leading a team of 30 men, all older and more experienced than me, but all of whom I out-ranked. As the Officer in Charge, I was accountable for making decisions, and I recognized the importance of leading decisively and confidently. But, I also realized that I needed to approach my role with humility and a willingness to learn from my team.

Q. What does Veterans Day mean to you, and why is it significant?

A. Veterans Day is a moment to reflect and say thank you to the men and women who made such significant personal sacrifices to serve and protect our country. Both those who have served on active duty and the family members — so often overlooked — who support them. For me, it’s a very emotional day, as I remember friends who died while serving and also those on whom combat has taken a serious physical or mental toll.

Now, I try to spend Veterans Day in my local community, taking part in ceremonies to honor veterans and listening to other veterans’ experiences. Listening to and acknowledging the tremendous sacrifices made by so many veterans and their families is one of the most important ways we can honor them. Many veterans struggle with physical or mental disabilities or making the transition out of the military and back into their local communities. On Veterans Day, I take stock and recommit to actively support veterans and encourage others to do the same. There are many great organizations that support veterans, and they need funding and volunteers.

Q. What is the importance of allyship, and how can we be better allies to our veterans and those in the Armed Forces?

A. Allyship is so important to create a truly inclusive culture, where team members can be their authentic selves and feel that they truly belong. Coming up in the military at a time when there were so few women, I often felt excluded or that I had to conform to a very defined culture to be accepted. Many times, I was told: “Women don’t belong. You’re ok, but women really just don’t belong here.” That’s a hard message to reconcile and one that requires tremendous resilience to overcome. I never want someone else to feel alienated and excluded and spend their energy trying to conform.

I’ve also had to overcome stereotypes of veterans in my corporate career. Veterans bring such diversity of experience, often with tremendous leadership and global experiences. Being better allies to our veterans means creating space where that experience is welcomed and valued, where our veterans truly feel they belong, whether that’s through the hiring process, in our day-to-day business, or in coaching and mentoring.