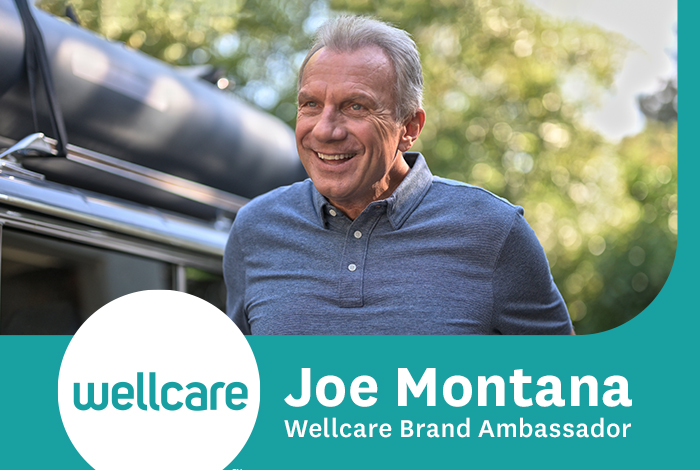 Today, Wellcare announced that hall-of-fame quarterback Joe Montana will serve as the company’s brand ambassador. This partnership is an important next step in Wellcare’s ongoing goal to create stronger brand awareness and better serve Medicare-eligible adults around the country.

During his playing career, Montana led the San Francisco 49ers to four Super Bowl victories and was named the Super Bowl’s Most Valuable Player (MVP) three times. In 2021, Montana became Medicare-eligible and selected Wellcare for his Medicare Advantage plan.

Working with Wellcare, Joe will help Medicare-eligible adults simplify the Medicare process. He will also join Wellcare in enabling members to gain access to the quality healthcare they need and deserve.

"Joe is an inspiring, legendary athlete who personifies the Wellcare brand with his commitment to his personal health, wellbeing, and straightforward, no-nonsense approach," said Suzy DePrizio, SVP and Chief Marketing Officer for Centene. "We’re proud to have him join our team and look forward to partnering with him to introduce new members to Wellcare."

In September, Wellcare announced its newly refreshed corporate Medicare Advantage brand to better align with the company’s mission and strategy to build stronger brand awareness and communicate with its members. Teaming up with Joe will enable Wellcare to further its mission of giving Medicare members the coverage they need, the simplicity they want, and the high-quality care they deserve.